This article's aim is to identify additional editorial elements included in one or other of the paperbacks published in the United States and in the UK, in chronological order. 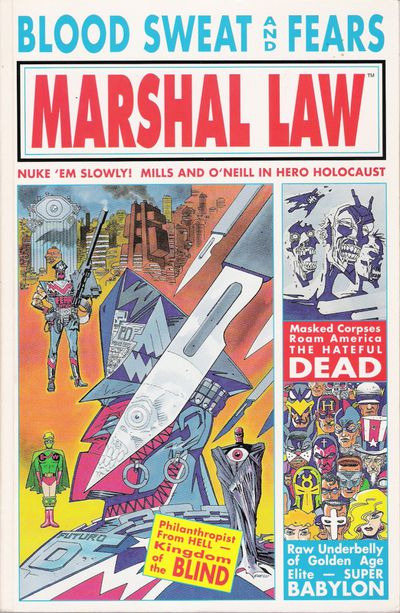 All the covers of the 3 one shots, Toxic! #1 and 14 covers, the two novel pages used in "Rites of Passage", "Marshal Law Takes Manhattan" UK magazine cover, and many illustrations already used in the one shots, sometimes in alternative version (see below). 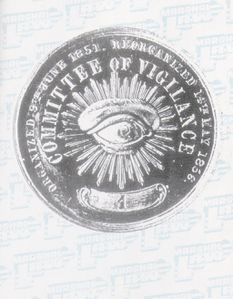 There is also novel art: from left to right, an illustration by Trina Robbins (alongside a 3 pages introduction and Pat Mills response), covers of Amazing Heroes #182 and Speakeasy #116, and two Kevin O'Neill drawings for comics convention (UKCAC 1991, Glasgow 1993). All the covers of the 3 one shots, Toxic! #1 and 5  covers, volume 3 of the French edition of "Fear and Loathing" cover, and many illustrations already used in the one shots, sometimes in alternative version (see below begining by a full color extract of the us paperback cover). The satiric add page opening the "Super Babylon" story (on the left below) contained originally a short summary of "The Hateful Dead". For the English edition, it was thought useless and replaced by a new add (on the right). There is also a new introduction written by Howard Chaykin and 3 novel illustrations (from left to right: one from Hero Magazine Feature may 1994, one from a Marvel Comics poster and one for the credits page).